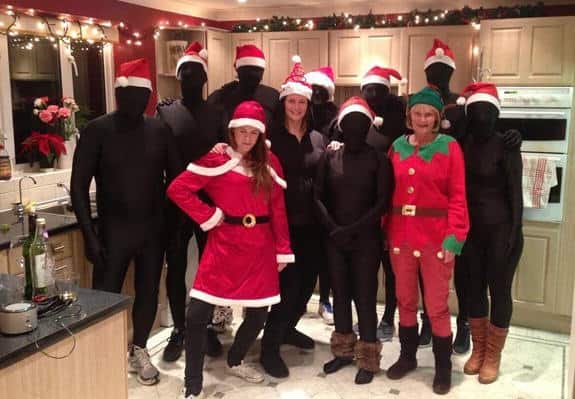 ‘George’s Girls’ would like to say a huge thank you to all those who took part in the Santa dash before New Year. We all gathered for a glass of something warming and alcoholic and then changed into our fabulous lycra outfits to set off through the village, before ending up in the The George. The surprised faces were a picture, and we even broke last year’s record and raised an amazing £115.

Thank you to all those who supported us on our crazy quest to raise awareness and funds for SANDS.

(‘George’s Girls’ was formed in April 2011 by Keren Pope, Vicky Wakefield and Lisa Hunter to raise funds in George Hunter’s name to try and stop the same terrible thing happening to other families, friends and communities).