Thank you to Louise Brown of Huntingdonshire District Council for providing eight old photographs of Spaldwick, from an 1950 advert survey undertaken by the Council. You can view the new photos by clicking on the following link:

The photo above shows Walton Stores, with adverts for Brooke Bond Tea, Lyons Tea and Will’s Woodbines (cigarettes). Click on the photo for a larger version.

In the photo, you can see the measuring stick used to measure the height of the signs. As described in our History of the George and other Spaldwick inns, Walton House has had a very interesting history. Walton House was originally built as the Blue Bell Inn and Public House. In 1925, the house finally ceased to be pub and became a shop – first a drapers and subsequently a grocers and general store, passing through the hands of a long series of owners. Later it became a Post Office.

Below is the Spaldwick Garage. You can see ‘N.S. Edwards’ proudly emblazoned on the front of the building. You can also see part of the old cottage next to the garage building (on the right hand side). In the distance, you can see the Red House. 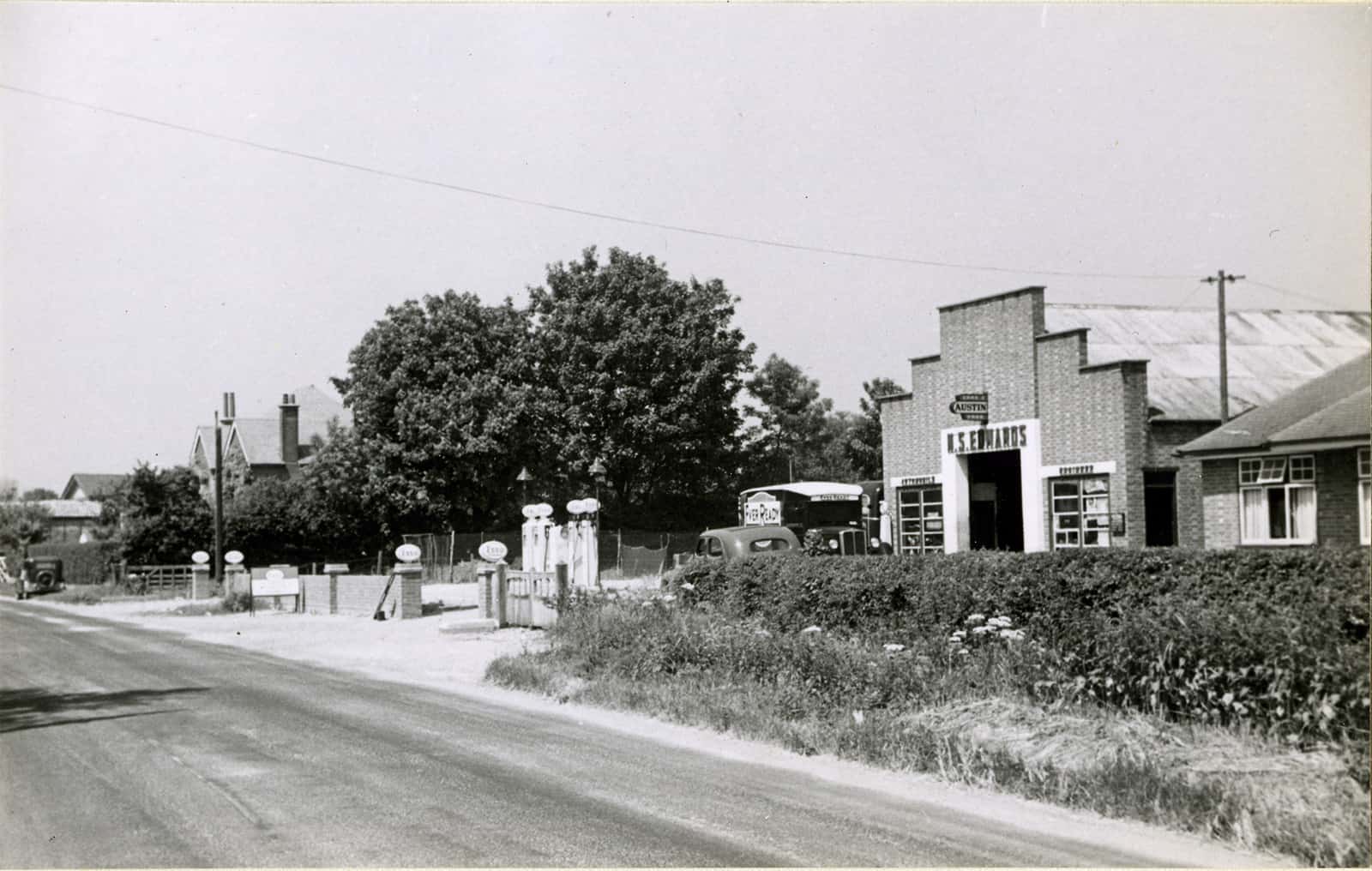