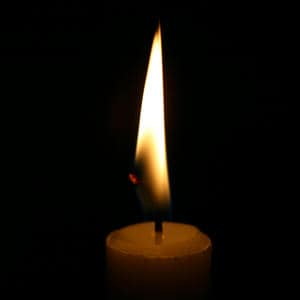 During heavy rain and a storm, and following a large flash of lightning, Spaldwick and surrounding villages lost power at about 3.40pm on Saturday 25th January 2014. Families spent the evening huddled round candles and the local take-aways were busier than usual! The George remained closed for its busiest night on the week, and it was reported that The George lost thousands of pounds in takings. Thankfully, the weather was relatively mild.

Our local power distribution provider is UK Power Networks and you can always access the very latest information about power cuts on the following website:

At first, UK Power Networks said that it was an underground fault and they were unsure where the problem was. Spaldwick was powered by emergency generators until they could identify and repair the fault. Engineers arrived on site at 10am. At about noon, extra engineers arrived on the site.

The fault was fully repaired by 5pm.

We apologise for not being able to bring this news on the website during the power cut. We have now installed emergency back-up power so that we can do so in the future so residents with mobile phones can access information.

To be the very first to hear by email emergency information for Spaldwick, please enter your email address. Alerts are also posted on Facebook and Twitter.