The 2015 Spaldwick Fete attracted another record crowd! The weather was brilliant and we all had a terrific time. It seemed like a slow start but by lunchtime the Fete was buzzing and no-one seemed to want it to stop! Press play on the video below to watch the dunk tank and Mark Hunter being dunked!

Once again the event was ushered into the Spaldwick diary by Scarecrow week and, although we didn’t have as many entries as last year, there were some superb effigies. The winning one, by Natalie Somerville, was entitled ‘Mad Hatter’s Boston Tea Party” and really brought the UK – US theme to life!

Mark Heath was joined by his daughter Bethany this year in taking photographs of the event so we are spoiled for choice. There are some super pics that record the event, which can be viewed by clicking on the following link:

If you haven’t already seen the filming of our village crier, David Watson, preparing the promotional video for our event you really should as it’s a hoot!

Sponsors Peter Lane Estate Agents (Kimbolton) once more put up ‘for sale’ boards advertising the day, which got everyone in the mood.

With a record attendance of 653 people (650 in 2014), the event was enjoyed by people of all ages. The UK-US theme meant that the colours red, white and blue were in evidence everywhere and this year we had the opportunity to fly full-size flags at the school courtesy of House of Flags, Kimbolton.

The Union Jack and the Stars and Stripes watched over us as we participated in a range of activities from apple bobbing to archery and face painting to line dancing. New this year was the dunk tank, which caused shrieks of delight when adults got dunked good and proper in water supplied by a fire engine! It wasn’t as clean and pure as tap water so they were brave and game souls.

Also new this year was the numbered raffle with 14 lovely prizes up for grabs, the most popular of which was the meal for four at The George, Spaldwick, including wine! Tickets were placed in the chosen bag for each prize, which meant that winners really did get something they wanted and this format was a hit. A total of £279 was raised (just shy of last year’s £287) and this will be split a third each to Spaldwick Social Group, other groups in the village and MAGPAS (Mid Anglia General Practitioner Accident Service). For a small village we put on a fabulous show and we are grateful for the use of the school grounds and facilities to make it happen. Thank you to everyone involved, from the stall holders to the school children and their teachers, and from the groups who steadfastly support the event every year to the families who live in nearby villages. Finally, thank you people of Spaldwick for making the day such a pleasure for everyone to enjoy! 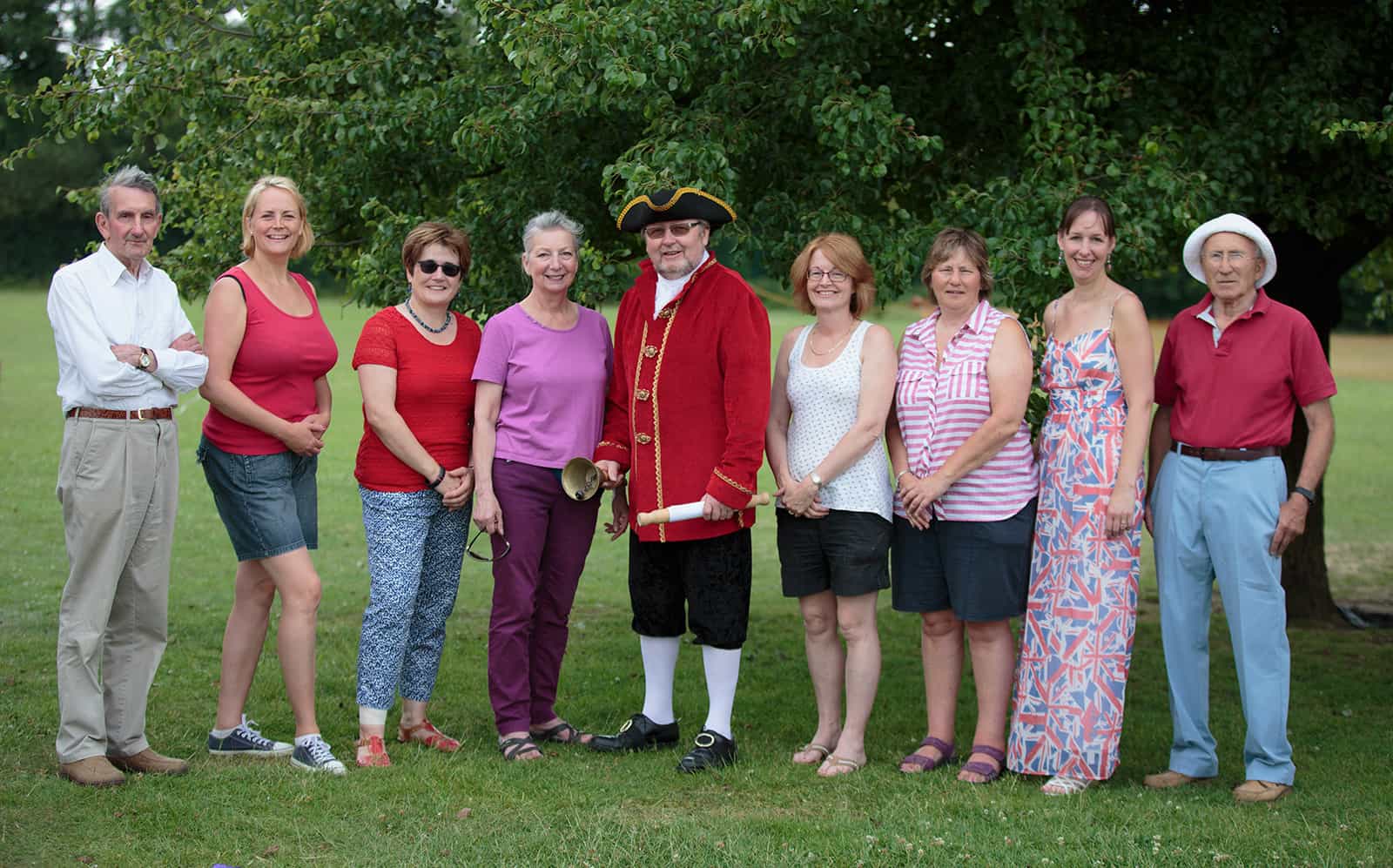 This event was organised by a small committee of nine people. Chair Lucy Frain led the team, which on the day trebled in size! The little army got the tents up and the stalls ready and, at the end of the day, got the site cleared all in good time.

With a host of helpers who step in when needed, the Committee’s role is to organise events for Spaldwick residents that bring us all together to enjoy good company and entertainment.

We thank Lucy Frain, who is stepping down after fours years as Chair and member of the Committee.

The Spaldwick Social Events Group is looking for new members to join so we can continue the good work.

Our next big ‘do’ is the Santa Sleigh Run in December, which will be so much fun! Committee meetings are held at The George and the next one is on 19th August at 8pm. If you are interested in joining us and want to know more, speak to any of the current members of the group or just come over and see us on the 19th August!