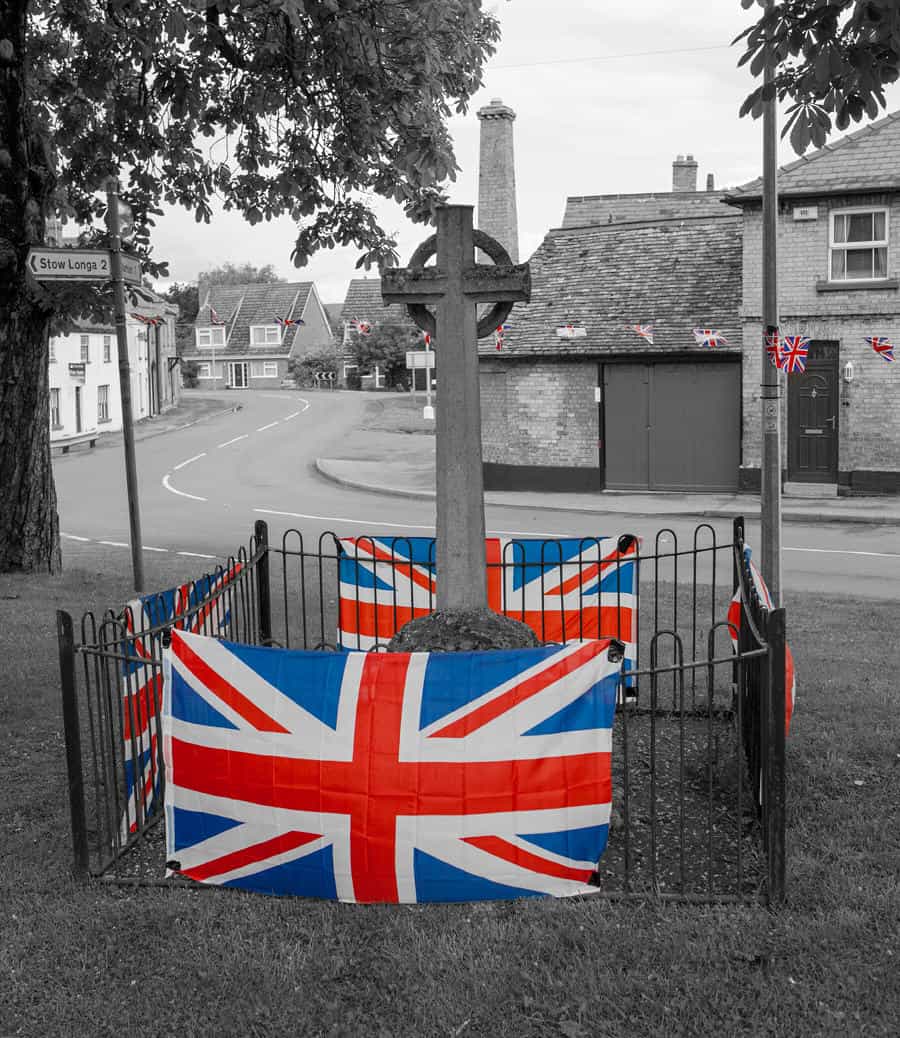 This page of the Spaldwick website is dedicated to the memory of the brave men of Spaldwick who paid the highest price for our nation.

In the words of the epitaph attributed to John Maxwell Edmonds, “When you go home, tell them of us and say, for their tomorrow, we gave our today”.

Stuart Dixon has compiled a PDF document in remembrance of those who died, and this can viewed or downloaded by clicking on the following link:

Arthur Robert Chandler. As a Corporal in the 1st Battalion Bedfordshire Regiment, Arthur died on 16th March 1915, aged 25, as part of the Second Battle of Ypres in western Belgium. He left a widow and two young sons. His brother died in action (below) over a year later.

Walter Whittlesea Dighton. As a Private in the 2nd Battalion, Norfolk Regiment, Walter died on 22nd November 1915, aged 24. He died at the Battle of Ctesiphon in the Iraqi desert – one of 682 killed, 3674 wounded and 237 missing.

Percy William Chandler. As a Company Sergeant Major in the 2nd Battalion Bedfordshire Regiment, Percy died of wounds to the head on 28th June 1916, aged 31. He took part in the Battle of the Somme. He was the older brother of Arthur (above).

William Woodham. As a Private in the 8th Battalion, Bedfordshire Regiment, William died on 18th October 1916, aged 39. William was killed in action, as part of the Somme Offensive. William is among the tens of thousands of soldiers who have no known grave.

John William Burton. As a Private in the 6th Battalion Bedforshire Regiment, John died on 24th April 1917, aged 38. He died from wounds received, and pneumonia, while in action in France. He left his wife, Ethel, and a daughter.

John William Chapman. As a Private in the 2nd Battalion, Devonshire Regiment, John died on 31st May 1918, aged 19. He was a slim young man, who looked younger than he was. He was killed in action near the River Aisne in France, and has no known grave.

Donald Robert Church. As a Lance Corporal in the Queen’s Royal Regiment, Donald died in North Africa on 12th May 1943, aged 24. While relaxing with his colleagues, he was hit by shrapnel.

Leonard Cyril Nickerson.  As a Trooper in the Royal Tank Regiment, Leonard died on 28th May 1944, aged 22, in a prisoner-of-war hospital in Germany. Leonard was the youngest of a family of four. He had won a scholarship and went to Kimbolton School.

Lionel Watson Goodwin. As a Fusilier in the Royal Fusiliers, Lionel was killed in action in Korea (during the Korean War) on 29th April 1953, aged 19. Sadly, the time was nearly up for his return and his mother had made a cake for his homecoming party and celebrations.

With proud thanksgiving, a mother for her children,
England mourns for her dead across the sea.
Flesh of her flesh they were, spirit of her spirit,
Fallen in the cause of the free.

Solemn the drums thrill; Death august and royal
Sings sorrow up into immortal spheres,
There is music in the midst of desolation
And a glory that shines upon our tears.

They went with songs to the battle, they were young,
Straight of limb, true of eye, steady and aglow.
They were staunch to the end against odds uncounted;
They fell with their faces to the foe.

They shall grow not old, as we that are left grow old:
Age shall not weary them, nor the years condemn.
At the going down of the sun and in the morning
We will remember them.

They mingle not with their laughing comrades again;
They sit no more at familiar tables of home;
They have no lot in our labour of the daytime;
They sleep beyond England’s foam.

But where our desires are and our hopes profound,
Felt as a well-spring that is hidden from sight,
To the innermost heart of their own land they are known
As the stars are known to the Night;

For further information on Spaldwick’s history, please visit our other pages:

The history of Spaldwick