Full-fibre gigabit broadband will arrive in Spaldwick during 2021, to complete our 18-year broadband journey to better broadband. We entered the ‘build phase’ in February 2021 and we are currently on course for a ‘go live’ date by August 2021.

Latest FTTP news: currently on track for switch-on by August 2021

View photographs of the latest developments 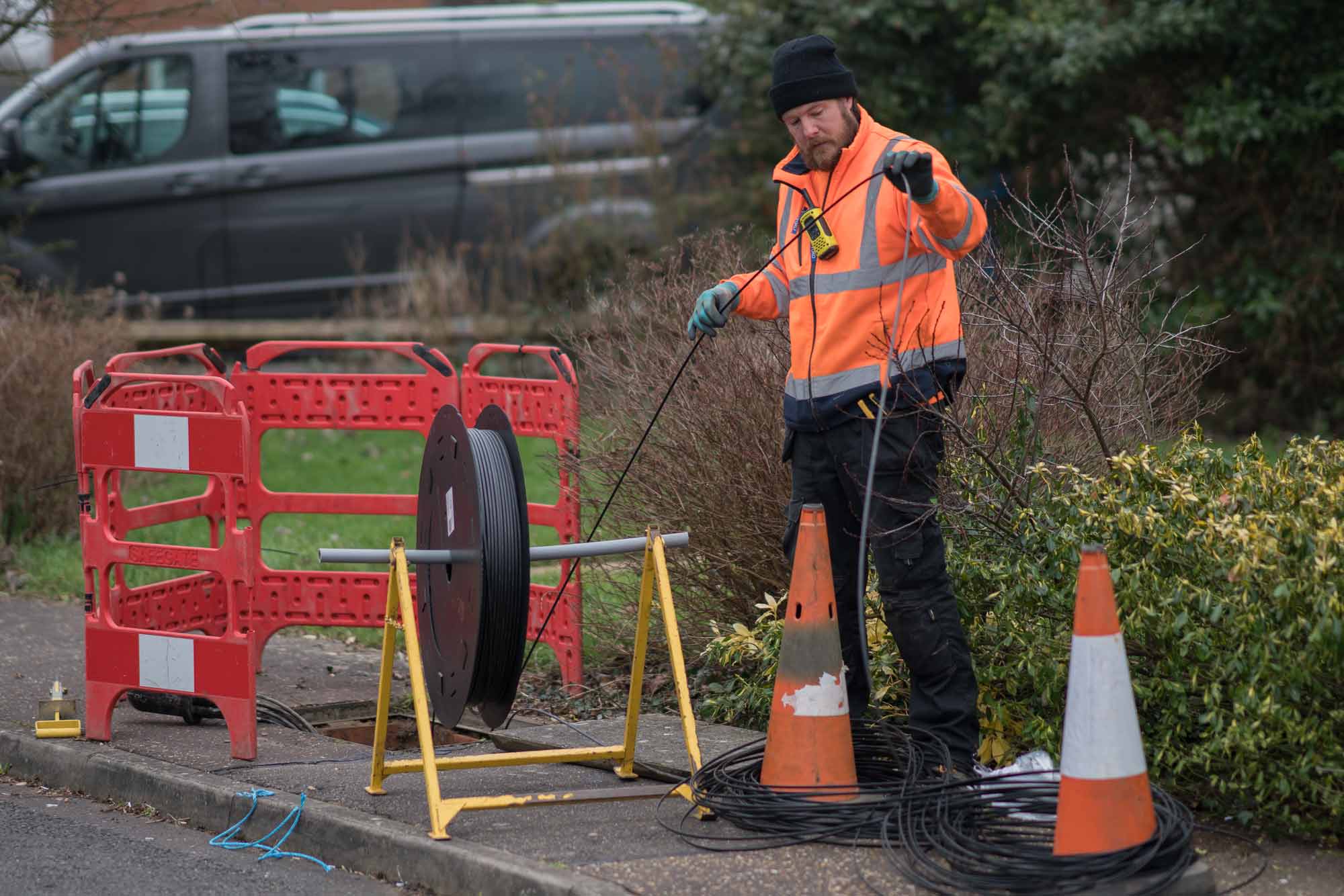 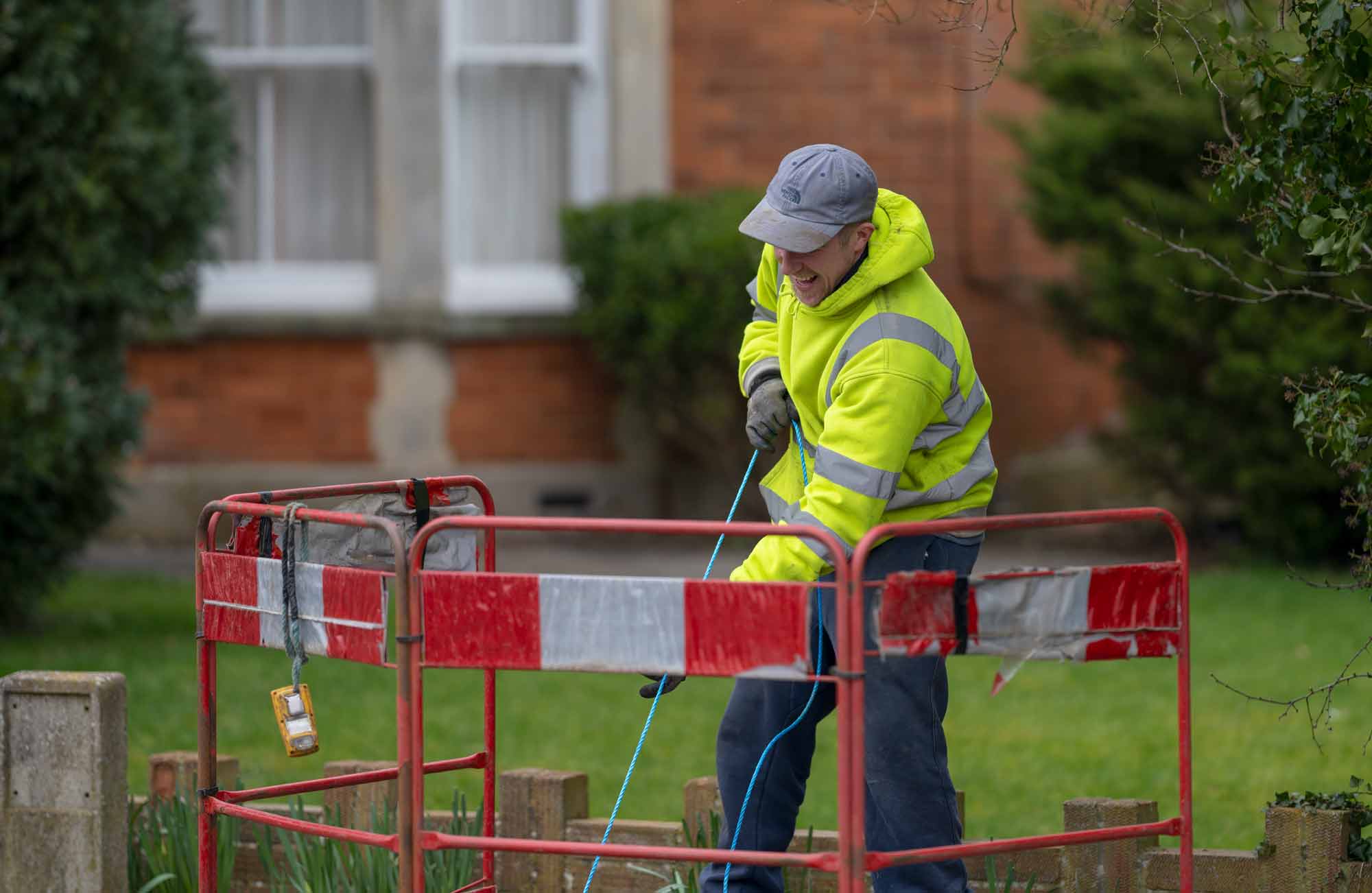 Thu 11 March 2021. Engineers returned to check the ducts between the road inspection chambers and the individual properties for which fibre had been laid. We are still awaiting information from Openreach on likely project timescales. We understand that the main fibre cable from the exchange has not yet been connected.

Tue 2 March 2021. Fibre cable installation is now complete in Ivy Way – with connectorised blocks in place. The photo above shows an engineer (situated in High Street) pulling the fibre cable through the underground duct while it is being fed through by another engineer (top photo) in Ivy Way. View all the photos.

Fri 19 February 2021. Cable installation has commenced for FTTP! Engineers were spotted in Ivy Way. They said there were two blockages in Spaldwick to clear and they would be back in a few weeks to “join all the cables together”.

Early February 2021. Openreach said, “As we near completion of the survey stage, we’ll soon be releasing work instructions to our contractors to commence the ‘build’ phase. You may be interested to know that, during the build stage of an FTTP installation, the fibre cable is run from a head end in the exchange to an aggregation node that takes capacity to a local area. It then connects to a splitter node using a tree-and-branch approach. From the splitter nodes, fibre cables are fed to the new connectorised blocks, which can be located overhead on telegraph poles or installed in underground footway boxes. The connectorised block then feeds individual premises.”

FTTP will arrive in Spaldwick during 2021

In partnership with Openreach, we are about to become one of the best-connected rural communities in the UK – fully funded by Government Gigabit Vouchers and top-ups from Connecting Cambridgeshire. Later in 2021, every home and business in Spaldwick (including remote farms) will have access to ultra-reliable, ultrafast Gigabit Broadband, giving them all access to speeds up to 910 Mbps – over 180 times faster than standard ADSL broadband. The local contact for our Openreach Community Fibre Partnership is villager Jason Patel. His email is me@jasonpatel.co.uk.

Unlike some other villages, people in Spaldwick will be able to subscribe to a comprehensive range of popular broadband providers (including those shown below) and pay similar prices to current fibre broadband services. 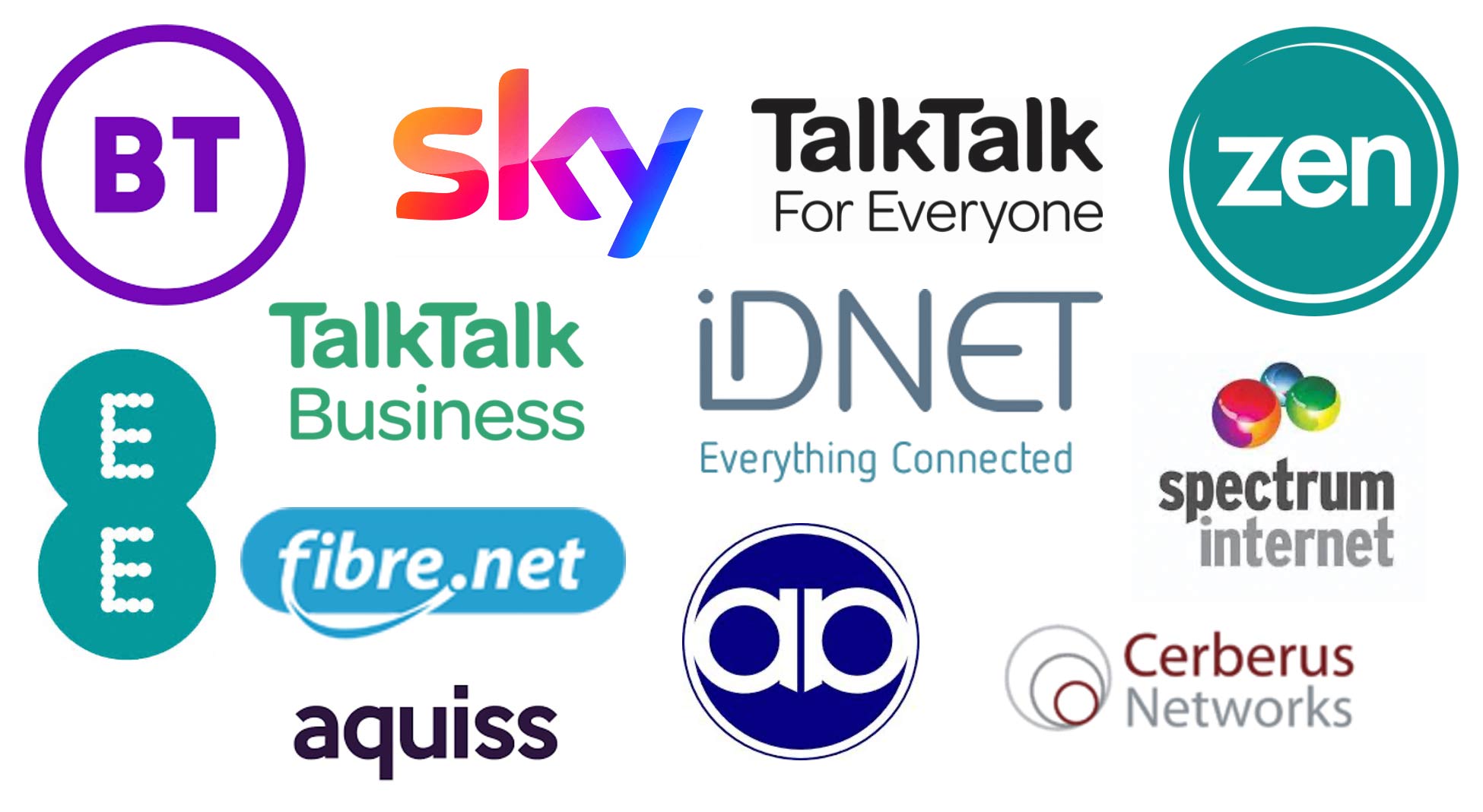 Regular updates are provided on progress in our Spaldwick News magazine.

Coming soon! We will shortly be providing a guide comparing all the FTTP service options and their pricing to help you choose the best service for your needs. We will also answer your top questions including:

As the FTTP build phase progresses, you can view the latest photos here:

We would love to see your photos of the FTTP build. Please email them to info@spaldwick.com and we will include them.

Are you looking to bring FTTP to your own community?

Here are some guides written by Mark Heath and Jason Patel that may help you with your own community campaign.

These will be developed over time. Good luck!

Arriving in July 2014, over 80% of households in the village subscribe to superfast broadband

What do villagers think of superfast broadband?

Since the arrival of superfast broadband in Spaldwick, we’ve received promising feedback on the impact it is having on villagers and on businesses within the village. You don’t need to take our word for how good superfast broadband is! Because of the sheer volume of feedback, we have created a dedicated page. Click on the following page to see feedback from villagers:

Having problems with fibre broadband?

If you are having any problems with your broadband service, don’t hesitate to visit Mark Heath’s guide:

The majority of residents moving over to fibre broadband have been pleased with their enhanced speeds. However, some people have found that speeds have not been as good as expected, principally due to Wi-Fi interference. The good news is that Wi-Fi interference issues can usually be addressed quickly.

Over the last few years, the use of Wi-Fi has become widespread and nearly every home in the village now uses Wi-Fi. Wi-Fi sends signals through the airwaves using frequencies that are shared by other Wi-Fi users in the vicinity. Your speeds can be severely reduced if a neighbouring property is using the same frequency.

A number of villagers have suffered from erratic speeds due to Wi-Fi set-up issues, which are generally very easy to fix.

To get the most from your superfast broadband connection you should optimise your Wi-Fi network. The following guide may help you:

40% take-up of superfast broadband in the first month! 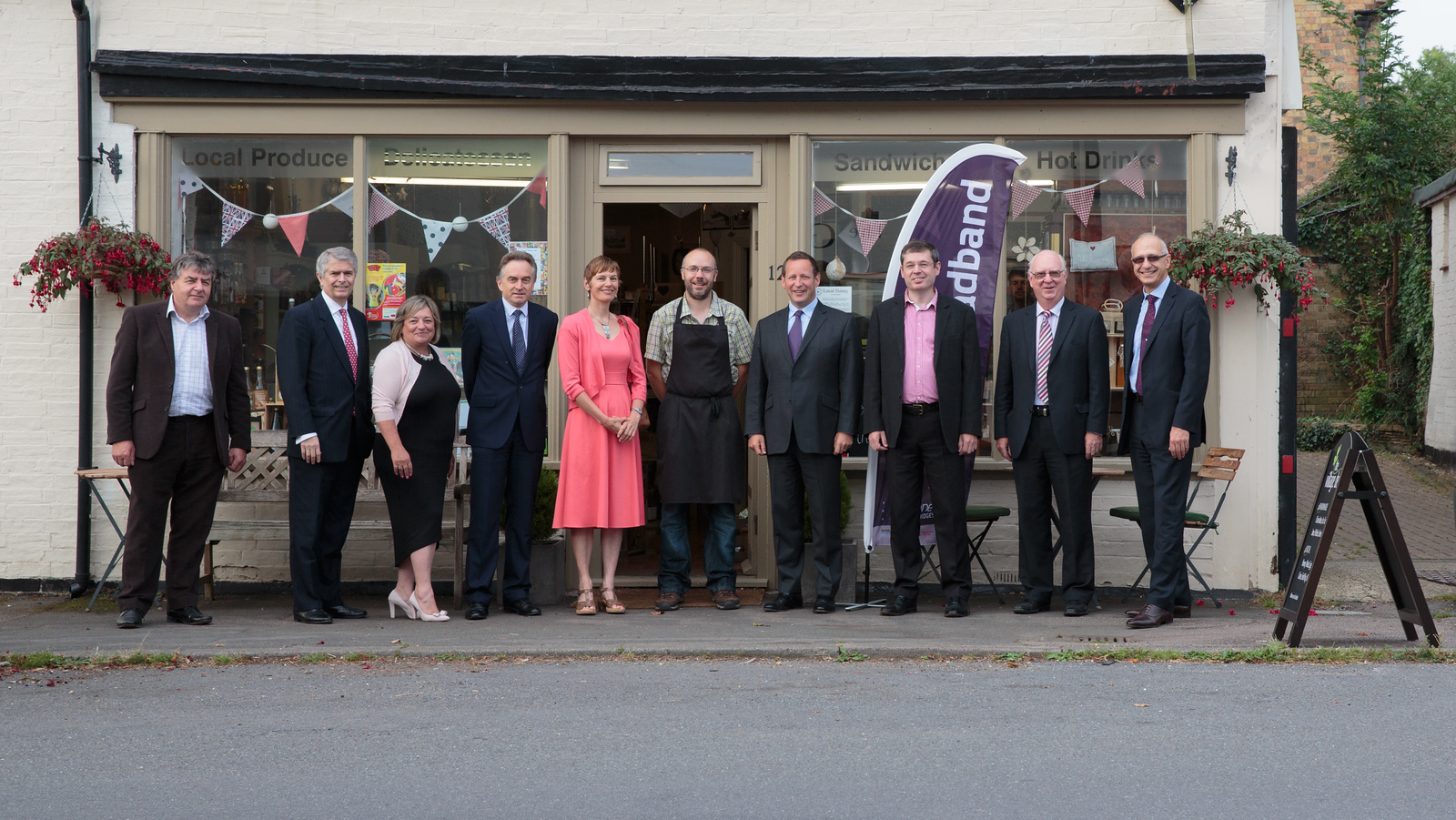 Spaldwick hit the headlines by achieving amazing take-up of superfast broadband. The village was visited by Ed Vaizey – the Minister of State for Culture and the Digital Economy – and other VIPs, including:

You can read about it by clicking on the following link:

Ministerial Visit to Spaldwick Shows the Impact of Superfast Broadband