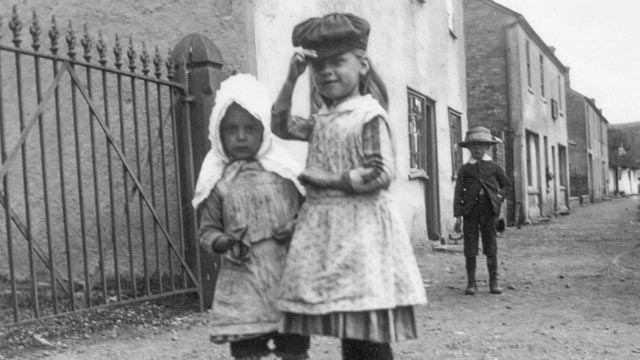 People have been living and working in Spaldwick since the Bronze Age and excavations near Spaldwick Church have revealed a series of ditches and pits dating from 1000 BC. Spaldwick was recorded in 1086 in the Domesday Book as comprising an area of land of about 450 acres, although the Domesday Book did not record a church at Spaldwick.

View our growing collection of old photos and images of Spaldwick

During 2014, we celebrated 100 years of Spaldwick history. We developed a timeline of developments, which you can view by clicking on the following page:

If you can help us fill in dates or events, please get in touch with Stuart Dixon, Mark Heath or email info@spaldwick.com. If you have any old photos, these would be much appreciated and we can scan them to add to our growing archive.

It is believed that a small stone church was here in Spaldwick in the late 12th century, of which the north wall and small parts of the east wall remain. View our History of Spaldwick Church page.

The church stood in a large area enclosed with a ditch and bank at the west end of the village. This enclosure, known as Bury Close, was probably the site of the Bishop of Lincoln’s manor house or grange, but there has not been a house here for many years. 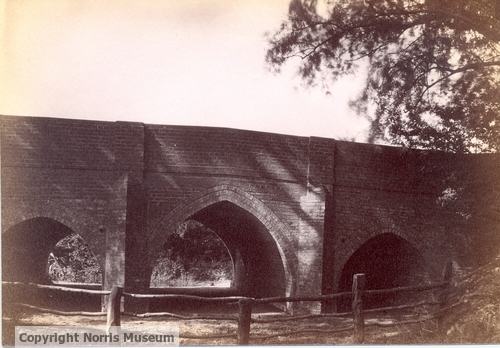 There is a medieval stone bridge across the Ellington Brook at the extreme west of Thrapston Road/High Street. This photo was kindly provided by the Norris Museum. Click on the photo for a larger version. Written across the top of the photo is “543. BRIDGE. SPALDWICK. HUNTS. 1897.”

The medieval portion of Spaldwick Bridge was constructed in the 15th century and consists of three arches. A post-medieval extension was added to the medieval bridge, thus doubling its width. The original structure was probably made of timber. 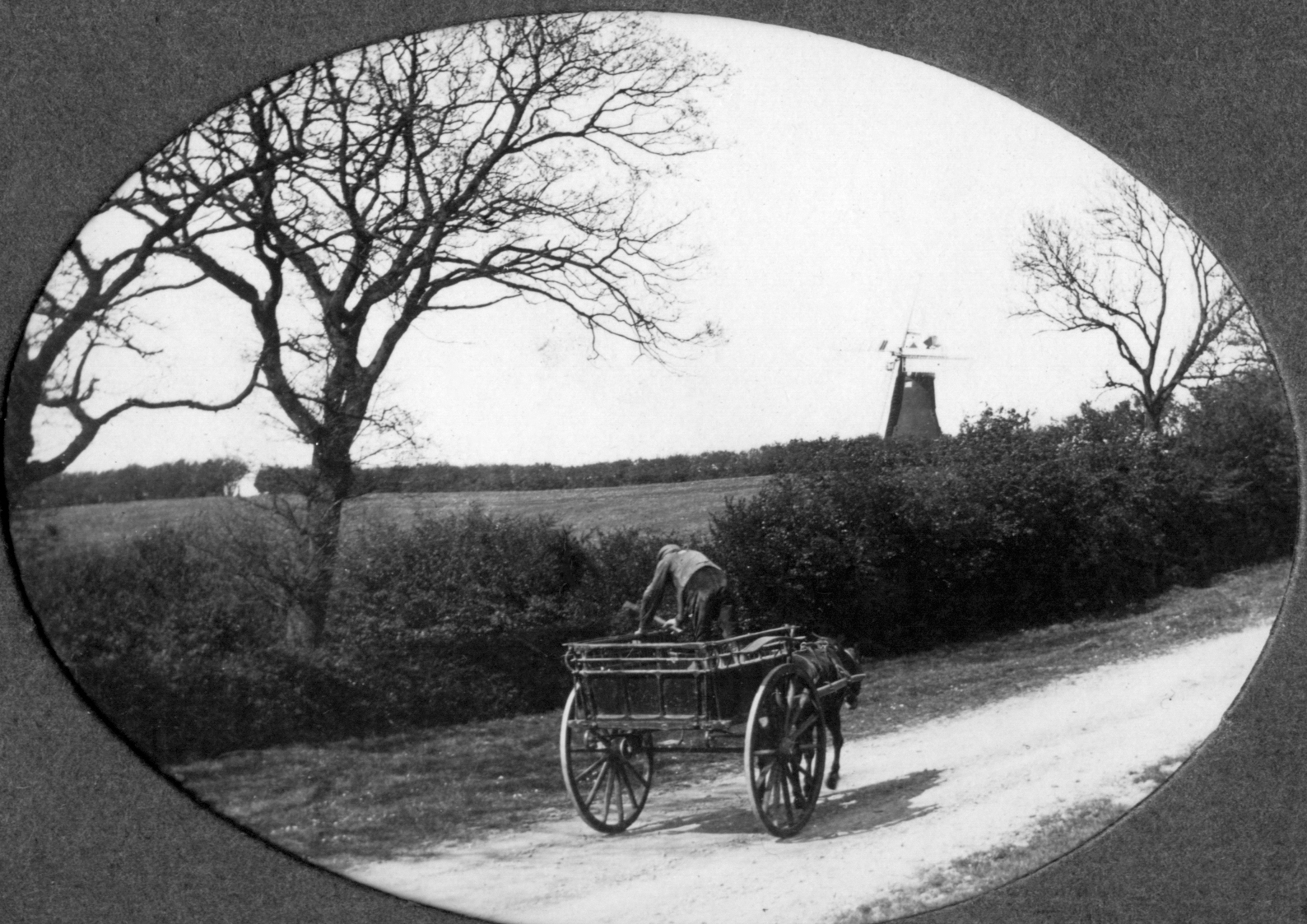 Spaldwick had a windmill situated to the north of the village, which is now demolished. This was situated on Belton’s Hill.

John Belton was the owner/miller of Spaldwick’s windmill, and is pictured in the photo on the left (kindly provided by the Norris Museum).

The photo was taken some time before 1922.

The Belton family has a long association with Spaldwick as millers, witnessed by a hill being in the family name.

The Beltons lived in a house in the centre of the village near to the church in whose churchyard are buried their children (who only lived for a short time).

Sadly, the windmill fell into disuse. The photo, below (taken in 1922) shows the brick-built mill with ogee wooden cap, missing sails and broken fantail. The photo is kindly provided by the Norris Museum.

As shown on www.windmillworld.com, by 1982, there was very little left of the original windmill.

As described in our new History of the Spaldwick George and other Spaldwick inns page, there used to be three inns in Spaldwick, called The George, The Bell and The Axe. All pubs were located on High Street (which was on the main road to Cambridgeshire). Only The George remains. The photo, below, of The Bell Inn was taken in 1906. 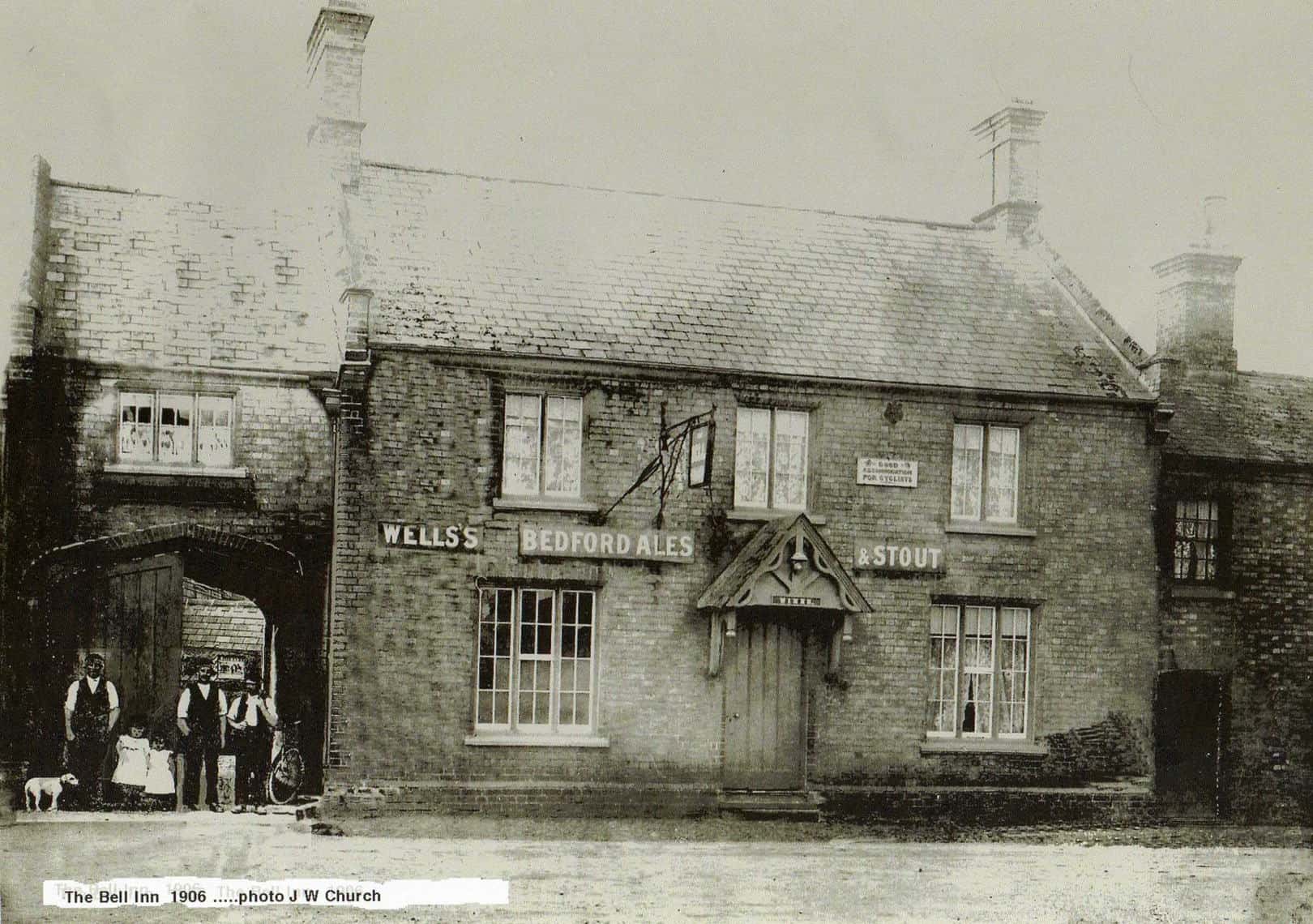 Sixteenth and seventeenth century plastered timber-framed and brick buildings survive along High Street/Thrapston Road, including the George Inn, Manor Farm and Limes Farm. The number of buildings that survive in the village reflects the return of economic prosperity from the 17th century. Of particular interest are the George Inn and Manor Farm, both dating from the 17th century.

The George Inn is a timber-framed and tiled house with projecting upper storey. It was built in the early part of the 17th century, but was much altered about a hundred years later.

Nearby, Manor Farm is a timber-framed and tiled house with projecting upper storey along the street front. It was probably built about 1628, when the manor was granted to Henry, Earl of Manchester.

Nearly opposite is a timber-framed 17th-century house called ‘Beech House’ in which the Mann family lived early in the 19th century and which was later the home of the Browns.

Eastward of Manor Farm is a late 17th-century red brick house with projecting porch and brick pilasters – known as ‘The Limes’. It was owned and occupied by the Day family who figured in the two famous trials for ejectment in 1784 and 1797, which raised the question of legitimacy of the defendant.

There was a Baptist chapel at the east end of the village, which was built in 1844. It was registered for solemnisation of marriages in 1838.

Nearly opposite ‘The Limes’ is another red brick house with the initials P D and the date 1688 over the front door. This house was occupied by William Ladds early in the 19th century and later by the Ashton family.

The Spaldwick War Memorial stands on the village green at the end of the High Street, and bounded also by Stow Road and Thrapston Road.

There is a sandstone Latin cross, adorned with a wreath of laurels, upon a square block plinth, sitting upon a square base, the whole surrounded by a metal railing fence.

Here are other pages you may be interested in:

History of the Spaldwick George and other Spaldwick inns